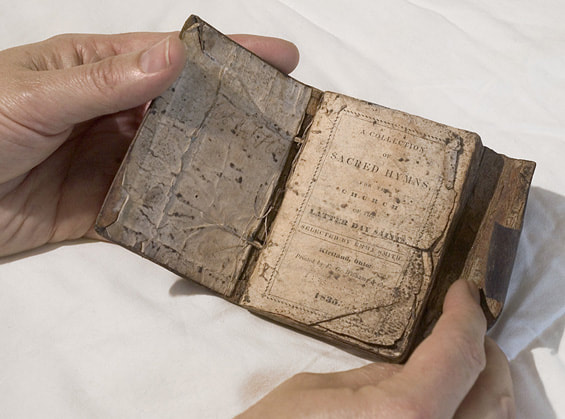 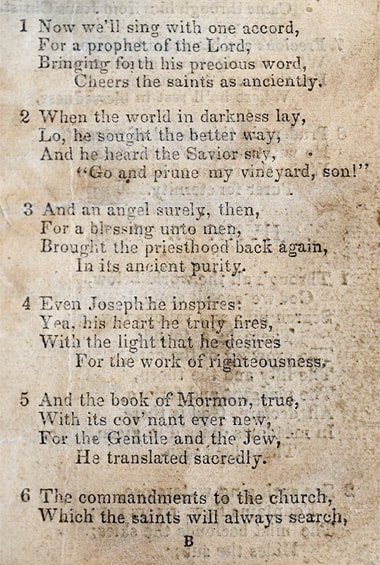 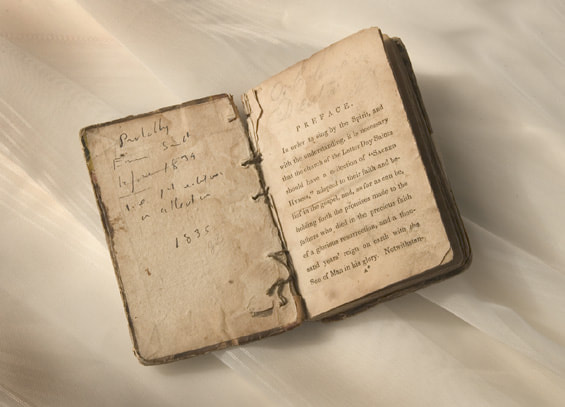 Story Behind the Hymnal:
A few weeks after Emma Hale Smith's baptism in June 1830, a revelation was given at Harmony, Pennsylvania. It's the only revelation addressed solely to a woman. Emma was directed to "make a selection of sacred hymns, as it shall be given thee, which is pleasing unto me, to be had in my church: For my soul delighteth in the song of the heart: Yea, the song of the righteous is a prayer unto me." Community of Christ Doctrine and Covenants, Section 24:3b

Emma began collecting the hymnody written by fellow church members and non-members alike. In May of 1832, W. W. Phelps began assisting Emma in editing and printing the hymns Emma selected. Six of these hymns appeared in the first issue of the church's newspaper The Evening and the Morning Star, including the well loved hymn, "Redeemer of Israel."

By September 1835, Emma was again working on a selection of hymns to be publisehd. The new hymnal came off the press just in time for the dedication of the Kirtland Temple on March 27, 1836. Many of the hymns selected by Emma for the 1835 hymnal were written by fellow church members including Parley P. Pratt, W. W. Phelps, and Frederick Granger Williams, and a number of hymns from the larger Christian tradition. The last hymn included in her hymnal was "The Spirit of God, Like a Fire is Burning," written by her friend, W. W. Phelps, for the dedication of the Kirtland Temple.