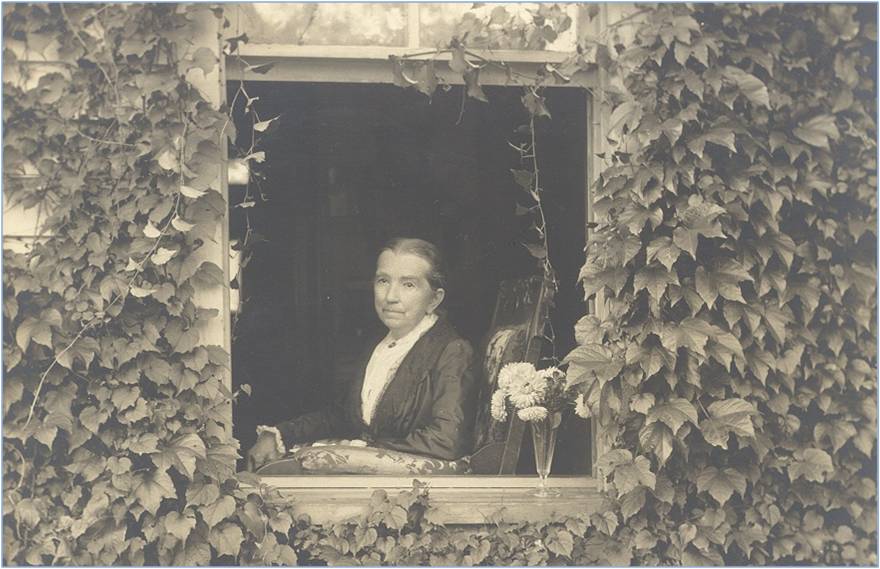 Story Behind the Mothers' Home Column:
In 1886 a woman named Lucy Lloyd penned a letter to the editor of the Saints' Herald expressing the need for space within the pages of the Herald that focused specifically on the needs of women in the RLDS church. Her request was granted and the following month the "Mothers' Home Column" appeared as a regular column in the church publication. It was the first of many "Mothers' Home Columns" that would appear in the Saints' Herald for decades. Marietta Walker, writing under the pseudonym "Frances" edited the column and the response was overwhelming. Walker received so many letters from around the church that it was impossible to respond to them all. The column gave counsel, encouraged healthy diets, clean homes, and invited discussion on all issues related to the church. It was quite popular even among the men of the church!

Marietta's column also became a helpful tool in soliciting funds for a variety of projects within the church. A few of the projects included raising funds for "Zion's Hope," a children's paper, the Home Column Missionary Fund, and a missionary boat called the "Evanelia." One of the ways women raised money for the Home Column Missionary Fund was by individuals determining their donation amounts by their age. For example, a sister would donate as many pennies as she was old. The women also encouraged the children to send their spending money to E.L. Kelley, the church bishop, to use for the Evanelia.

An additional program that originated from the Mothers' Home Column was "The Prayer League," a group of women devoted to improving faith, wisdom, a devotional spirit, and "to fit and aid us in our work in the home, the Sabbath School, the church and the press, and for the more general diffusion of Christian unity and love." The Home Column published a program outline for the League that included scriptural memory texts and subjects for prayers. Like the Prayer League, the Mothers Home Column served as a unofficial support network for women around the church to support one another in a variety of capacities from household tasks and recipes to needed prayers and spiritual direction.