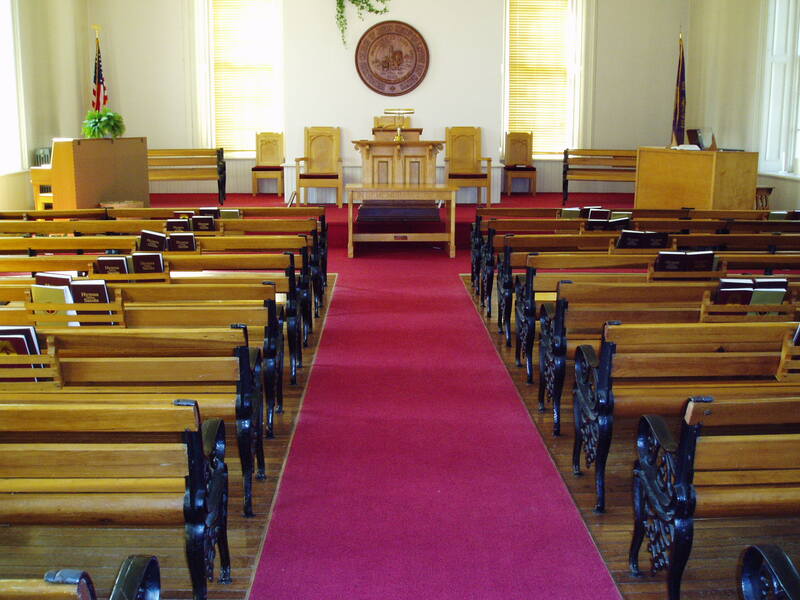 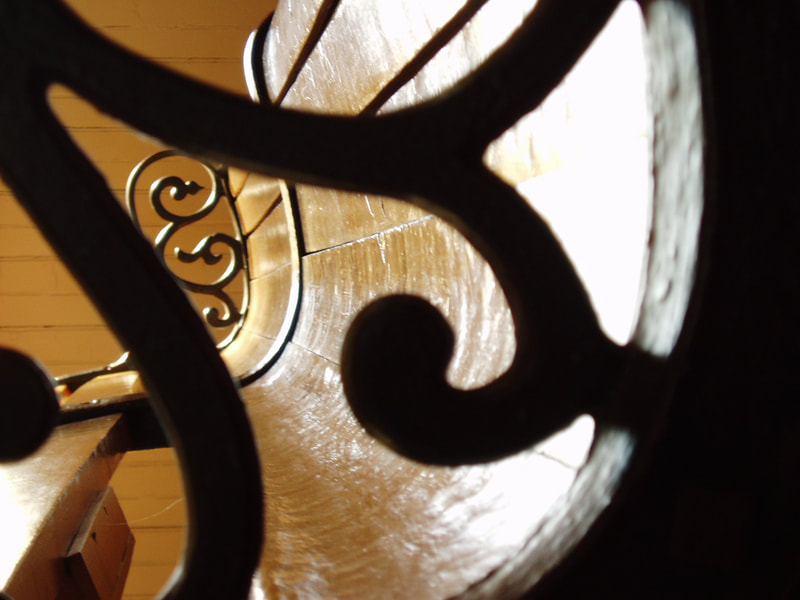 Story Behind the Pews:
I was alone in the Stone Church. It was the middle of the week and I had brought some things to put in the small back room that had once held one of the church's furnaces. Now it was to be used as a nursery on Sunday mornings. I placed a padded rocking chair, draped a quilt over the back, arranged some books on the small table and organized a few toys. Then I walked down the middle aisle and sat in the second pew on the south side of the church. I thought about the people who had sat in the very same pew in the very same spot and suddenly I realized that "those people" might have been my own grandparents. Ben and Sarah Sumption had heard the gospel preached on a street corner in England. They were young, newly married and filled with a sense of adventure. They decided to come to America to be part of this latter day religion. Their destination was Nauvoo, Illinois. But upon arriving they discovered that most of teh people had headed west.

Disappointed, Ben and Sarah bought a small farm in Kewaunee, Illinois and began to raise their family. It was while living there that they were contacted by members of the Church of Jesus Christ of Latter Day Saints who had not gone west. Elders of this church were traveling around the state, on foot, searching for other members who had stayed in Illinois. My grandparents were told an amazing story about a young Joseph Smith III, an adult now and willing to be a leader for these scattered "Saints." My grandparents joined this group which became the Reorganized Church of Jesus Christ of Latter Day Saints and held General Conferences in this Stone Church.

It would have been a fair distance to travel by horse and buggy from Kewaunee to attend conferences in Plano. But Ben and Sarah had traveled much further to be a part of this exciting movement. They were still young and adventurous. They very well might have sat in this room, even the pew I sat in that day. I had not known my grandparents, but that day, sitting in this Stone Church, I felt a real kinship with them.

These pews were made by the hands of dedicated men. They are not comfortable pews. The great grandfather of Josephine Sherman, a woman in our congregation, helped construct these pews. One day Josephine asked him, "Grandfather, why ididn't you make these pews more comfortable?" He replied, "These pews were made for listening, not for sitting." It takes a few Sundays for new members to find the pew that best fits their backs. It would be nice to know the names of people who once sat in the pew that is most comfortable for me. We might be related.