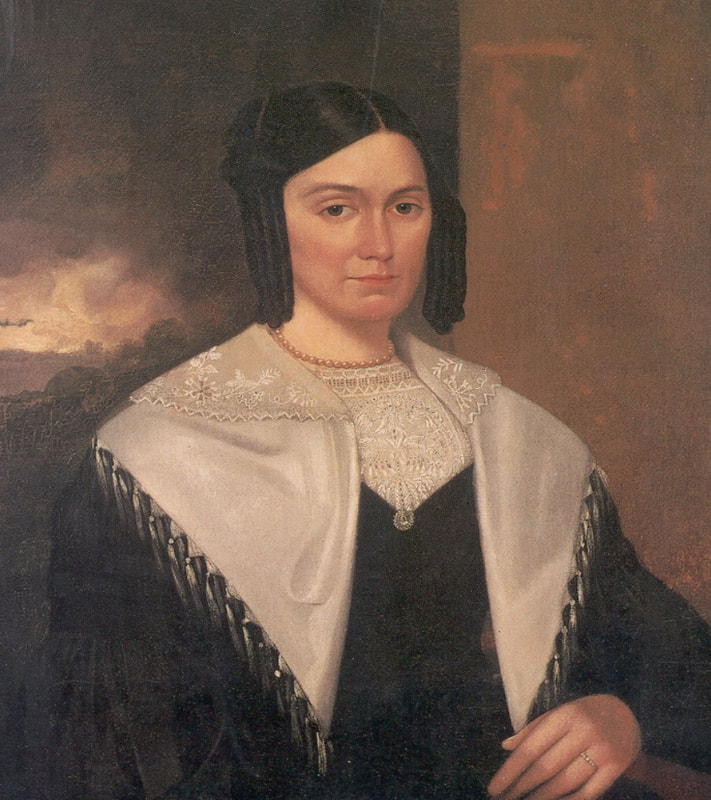 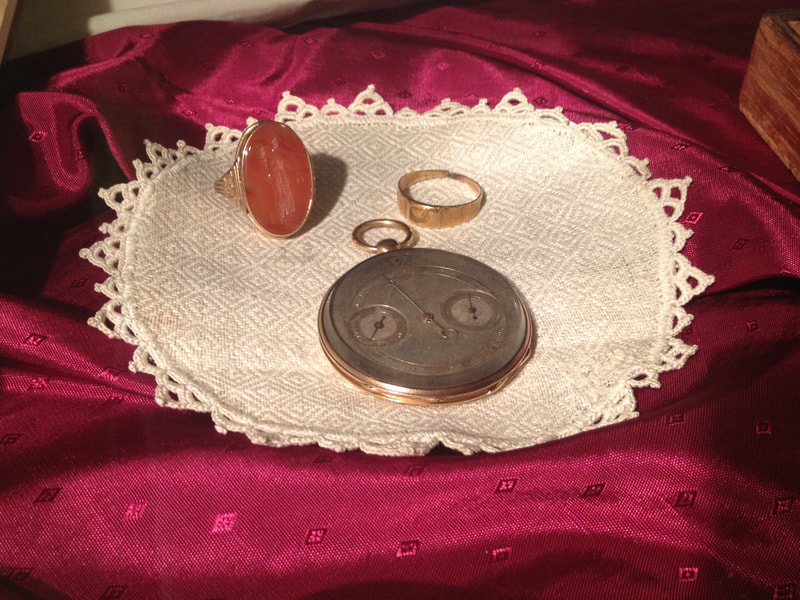 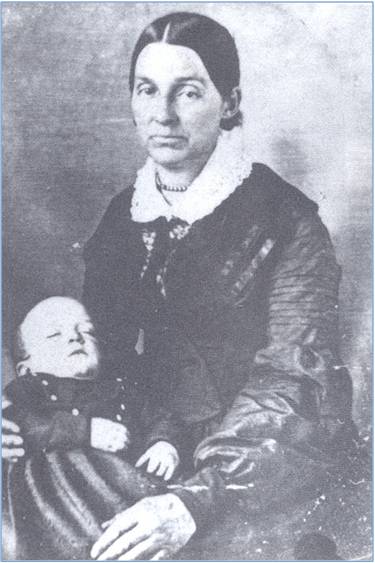 Story Behind the Jewelry:
The photo shows jewelry owned or worn by Joseph and Emma Smith, two significant leaders in the Community of Christ story. The rings that appear above were owned and worn by Emma Smith. The larger ring appearing in the upper left area of the photo is a ring made from Emma Smith's letter seal. The pocket watch was owned and worn by her husband, Joseph Smith, Jr., Emma's husband and first Prophet/President of Community of Christ.

Emma Smith witnessed many of the founding events in the Community of Christ story. Almost immediately after the church was established in 1830, she was called to collect hymns and publish a hymnal on behalf of the church. Her first hymnal was printed in Kirtland, Ohio, in 1835. The new hymnal was finished just in time for use by the choir and guests attending the Kirtland Temple dedication service on March 27, 1836. A few of the beloved hymns we sing today, "Redeemer of Israel" and "Spirit of God, Like a Fire is Burning" were included in her first hymnal. In addition to the 1835 hymnal, Emma Smith was also involved in publishing the 1841, 1861, and 1864 church hymnals.

Emma Smith's participation in the early church was not limited to publishing hymnals. She was active in assisting her husband in his ministerial care and helping to alleviate the poor and suffering in their communities. She was named the first president of the Female Relief Society of Nauvoo in 1842, an organization of women that dedicated themselves to providing food and clothes to the poor, and to strengthening the moral and virtues of the "female community."

Emma Smith was known for her compassion and care for those who were suffering. Her oldest son, Joseph Smith III, recalled witnessing his mother's sacrifice and devotion to those in need of help during a time when the Nauvoo community was being settled and experiencing a malaria epidemic:

It was during Father's absence... that the severest trial of the season was put upon my mother. The breaking up of the ground, the exhalations from the swamp, the insufficient supply of good water, and the privations usual to pioneering resulted in an epidemic of malarial fever which took the forms of chills, chill-fever, and ague. Many were ill. I remember that Mother filled her house with the sick who were brought to her from near and far, giving them shelter, treatment, and nursing care. When the house over-flowed she stretched out in the yard east of the house the tent which had served us as a shelter on our journey to Nauvoo.

After Joseph Smith, Jr.'s death, Emma continued living in Nauvoo. She witnessed and supported her son, Joseph Smith III, as he was ordained Prophet/President of the church at the Amboy Conference in 1860. She was also an active member of the Olive Leaf Branch, a gathering of church members that worshipped on the second floor of the Red Brick Store. Today, Emma is buried beside Joseph in the Smith Family Cemetery located at the Joseph Smith Historic Site in Nauvoo, Illinois.