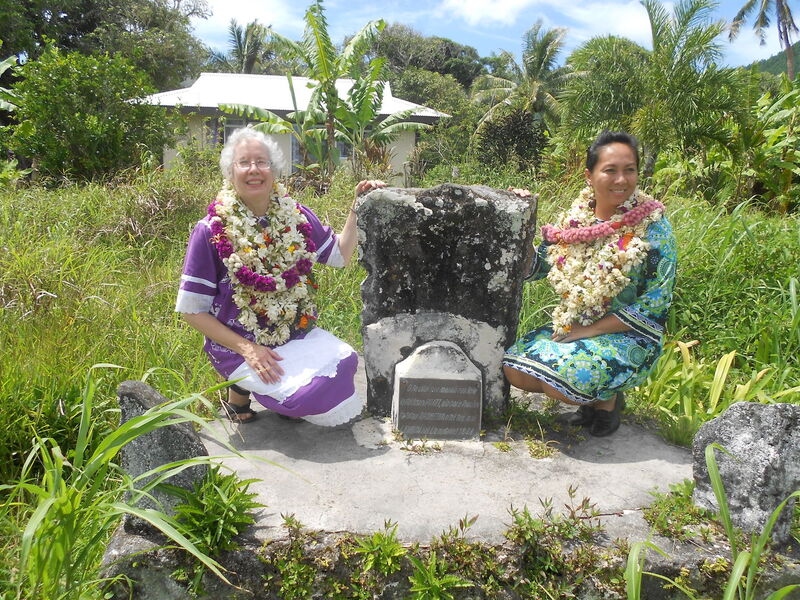 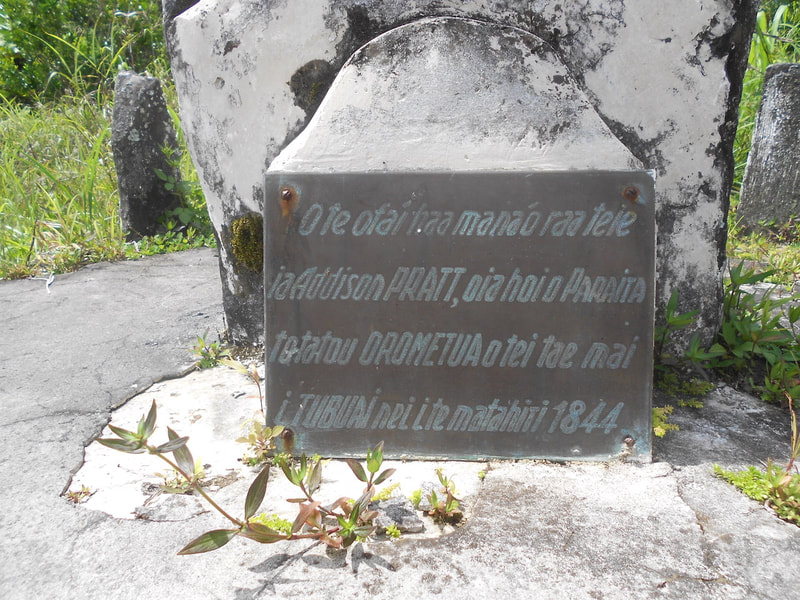 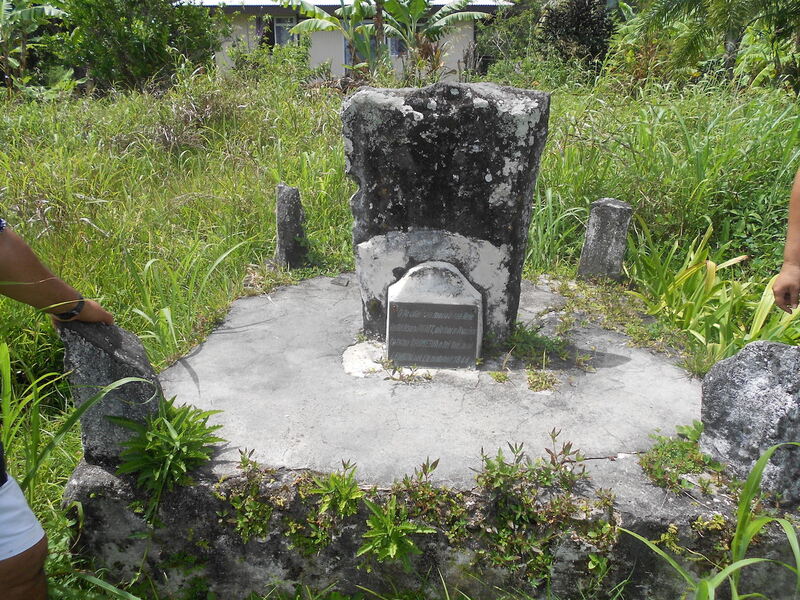 Story Behind the Historic Marker:
On a beautiful island in the South Pacific one will find an old marker recognizing Addison Pratt, an early missionary in the church. The island, Tubuai, is one of many islands Pratt visited while serving a mission in the 1840s.

Addison Pratt was not alone in his missionary endeavors. His journey to the South Pacific began on May 11, 1843, when he was set apart with Noah Rogers, Knowlton Hanks, and Benjamin Grouard on the second floor of the Red Brick Store in Nauvoo, Illinois. The four missionaries departed Nauvoo in June but their missionary experience soon met tragedy in the fall of 1843 when their fellow missionary, Knowlton Hanks, passed away during the voyage and was buried at sea.

The missionaries arrived at Tubuai the following spring. Pratt chose to remain on the island while Grouard and Rogers continued on to the larger island of Tahiti. After preaching and sharing the gospel for several weeks, Pratt evenutally baptized his first convert, Ambrose Alexander, on June 16, 1844. Pratt baptized and confirmed a number of converts and assisted in founding a branch at Mahu, a small village on the south side of the island, on July 29, 1844. Pratt returned to the island of Tubuai a number of times over the years eventually leaving the beautiful island for the last time on April 6, 1852.

Nearly 80 years later, J. H. Yager, an Community of Christ missionary in Tahiti, published an article in The Saints' Herald sharing news of a new monument being built and dedicated at Tubuai. He writes: "On October 28, 1931, the membership of the church in Tubuai... erected a monument on the site of the first Church building housing the activities of the first branch of the Restoration in the islands of the South Seas... The building and dedication of the monument were great events in the lives of the Tubuai Saints and their keen interest in it expressed their interest in the church and their appreciation of the work and sacrifice of the first missionaries to these islands."

The Tahitian words that appear on the plaque read: "This is a monument to Addison Pratt, known as Paraita, our missionary who came to Tubuai in the year of 1844."